Why Dollar Hegemony Is Unhealthy

The US dollar holds value for more countries than any other world currency and comprises about two thirds of world’s official foreign-exchange holdings. This dependence allows the US to run large trade deficits in purchasing a cornucopia of goods – from Porsches to t-shirts – by distributing paper IOUs in place of actual dollars. Because of a global faith in the voracious appetite of the US consumer, many countries are complacent about the dollar’s reserve-currency role – and even profit on sales of US currency in their own economy. Economist Thomas Palley reviews economic theories that explain the dollar’s enormous global worth – and concludes that other nations’ neglect of investment in their own domestic markets and over-reliance on the American consumer is fraught with danger. Even when appreciation of the US dollar drove up stocks and bonds and lowered interest rates, the co-dependent relationship was unhealthy for the US and its commercial partners. The recent downturn in the world market, following fear of inflation in the US and rising interest rates, shows the inherent danger. For the sake of world financial stability, Palley urges Europe and Japan to encourage domestic consumption and reduce their dependence on American consumers. – YaleGlobal

Why Dollar Hegemony Is Unhealthy

The world’s dangerous dependence on the US dollar risks hurting all
Thomas I. Palley
Tuesday, June 20, 2006 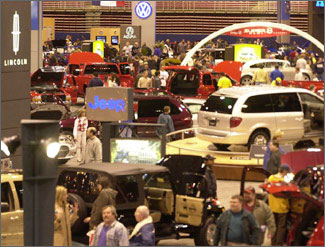 WASHINGTON: With US Federal Reserve chairman warning about inflation, the US dollar is in the news these days, and there’s a sense that the world economy has become excessively reliant on the dollar. This reliance smacks of dysfunctional co-dependence whereby the US and the rest of the world both rely on the dollar’s strength, but neither is well served by it.

The US dollar is the world’s premiere currency, with approximately two thirds of world official foreign-exchange holdings being dollars. Moreover, many countries appear willing to run sustained trade surpluses with the US, supplying everything from t-shirts to Porsches in return for additional dollar holdings. This willingness to exchange valuable resources for paper IOUs represents a form of dollar tribute.

Many foreign policymakers complain about the special advantage for the US, allowing the nation to run enormous trade deficits without apparent market sanction. Whereas balance-of-payments considerations constrain other countries to run tight economic policies, no equivalent constraint appears to hold for the US. This advantage is rooted in the dollar’s special role as the world’s reserve currency.

For the US, one major benefit of the dollar’s reserve-currency role is that it increases the demand for US financial assets. This drives up prices of stocks and bonds and lowers interest rates, thereby increasing household wealth and lowering the cost of borrowing money. Additionally, the US government gets seignorage, or an interest-free loan, from the hundreds of millions in dollar bills held offshore. Printing a $100 bill is almost costless to the US government, but foreigners must give more than $100 of resources to get the bill. That’s a tidy profit for US taxpayers.

Increased foreign demand for US assets also appreciates the dollar, which is a mixed blessing. On one hand, consumers benefit from lower import prices. On the other, it makes US manufacturing less competitive internationally because an overvalued dollar makes US exports more expensive and imports cheaper. Reserve-currency status therefore promotes trade deficits and de-industrialization.

The conventional explanation of the dollar’s reserve-currency status is a “medium of exchange” story. The US has historically been the largest and richest currency area, with the largest share of world output and trade. This has provided incentives for other countries to hold and use dollars. Additionally, the fact that many governments over-issue their own money and create high inflation encourages foreign citizens to protect themselves by holding dollars instead of domestic currency.

A second theory of reserve currencies, associated with the political left, is based on US military power and the Pax Americana. The argument is that US military power provides the security that protects the global market system, and New York is the new Rome. Countries, such as Saudi Arabia, hold reserves in dollars because New York is a political safe haven and because that helps cover the costs of enforcing the Pax Americana.

These two theories are mutually reinforcing. Thus, to the extent that the dollar is widely used and is also a safe haven, investors tend to rush into dollars in times of uncertainty. Consequently, central banks in other countries need to accumulate large dollar-reserve holdings to protect against financial disruptions that result from sudden exits by investors, as happened in East Asia in 1997.

There is a third unrecognized theory that can be labeled the “buyer of last resort” theory of reserve currencies. Put bluntly, the tribute other countries pay the US through their trade surpluses is the result of their failure to generate adequate consumption spending in their own markets, be it due to poor income distribution or bad domestic economic policies. This forces other countries to rely on the American consumer.

The logic of this third theory is easily illustrated. Over the last decade, while Europe and Japan stagnate, the US has grown on the back of robust consumer spending. This spending has sucked in imports, helping growth in Europe, East Asia and Latin America, and making the US the major engine of global growth.

East Asian countries, especially China, have been particularly willing to run trade surpluses with the US because this has fuelled export-led growth. These countries rely on exports to keep their factories operating. Export success then attracts foreign direct investment that advances development. Undervalued exchange rates are vital for this strategy as it keeps exports competitive. Countries have therefore channeled their trade surpluses into dollars, keeping the dollar overvalued and enabling them to sell in the US market. This explains both the continuing strong demand for dollars despite the US trade deficit and the dollar’s dominance in official foreign-exchange holdings.

Ironically, America’s dispensation from trade-deficit discipline stems from other countries’ failure to develop an equivalent of the American consumer. Countries want to industrialize with full employment, but they lack adequate internal demand. Consequently, they must rely on the US market. It is also why Germany supplies BMWs and Mercedes-Benzes in return for paper dollar IOUs.

Conventional theory says the dollar will only lose its dominance when countries become saturated with dollar holdings. At that stage they will cease buying and may even sell dollars, causing the currency to fall. The problem with this story is that countries have no incentive to sell dollars, as this would kill the golden goose of export-led growth.

The buyer-of-last-resort story suggests a different take. One reason the dollar could topple is if countries finally manage to develop their own consumption markets. Countries in the Euro zone are most capable of doing this, but for the moment they are gripped by policymaking that is obsessed with inflation and afraid of growth. China needs to improve its income distribution in a way that links income distribution to productivity. Unions are the natural way to do this, but are blocked by China’s totalitarian political system that fears such organization.

An alternative source of collapse is if American consumers reduce spending because they feel overextended, the Fed raises interest rates too high or American banks tighten lending standards. In this event, the US economy would stall and the dollar could fall owing to diminished economic prospects in the US.

All three theories have merit, but in today’s economic environment the buyer-of-last-resort theory is especially relevant. As long as other countries fail to generate sufficient demand in their own markets, they will be compelled to rely on the US market and pay dollar tribute.

However, none are well served by this co-dependence. Other countries resent the special situation that exempts the US from trade-deficit discipline. Side by side, the long-term economic prospects of the US are undermined by the erosion of the manufacturing sector, while US workers face wage and job pressures from imports that are advantaged by the dollar’s overvaluation. Moreover, all are vulnerable to a sudden stop of the system resulting from financial overextension of the US consumer.

This suggests that the rest of the world needs to develop an alternative to the US consumer. That will require raising wages in developing economies, and encouraging consumption in Europe and Japan. Such measures would stabilize the global economy by providing a second engine of growth, and it would also correct the large global financial imbalances that have developed as a result of over-reliance on the US consumer.

Thomas Palley runs the Economics for Democratic and Open Societies Project, and is the former chief economist of the US-China Economic & Security Review Commission. He is the author of “Plenty of Nothing: The Downsizing of the American Dream and the Case for Structural Keynesianism” (Princeton University Press, 1998). His writings can be found at www.thomaspalley.com.