The House of Representatives voted to impeach Trump on two articles, abuse of power and obstruction of Congress. Only one Republican congressional representative has criticized Trump’s behavior and he left the party. Otherwise, all Republicans in the House opposed impeachment. Removing the president requires 67 votes in a Senate. The Republican majority probably will not convict Trump. Hence, world leaders are not saying much. “[T]here was little immediate international reaction to Trump's impeachment for a U.S. leader who has already upended the U.S.'s relationship with much of the world by casting doubt on longstanding alliances from the G-7 to NATO, pulled out of global climate and nuclear accords and generally treated foes like friends, and vice versa,” reports Kim Hjelmgaard for USA Today. “There was no official mention of it in North Korea or China, where state media often look for opportunities to bash American officials and leaders.” Many leaders worry about a distraction from global concerns including trade talks. Global onlookers still follow US news closely, understanding that the country is severely polarized. No world leader wants to antagonize either side, and voters have the ultimate say in November 2020. – YaleGlobal

With expectations for a quick Senate trial that finds no wrongdoing, the world is staying quiet, for now, about the impeachment of US President Trump
Kim Hjelmgaard
Friday, December 20, 2019

Read the article from USA Today about the muted world reaction to impeachment proceedings in the United States. 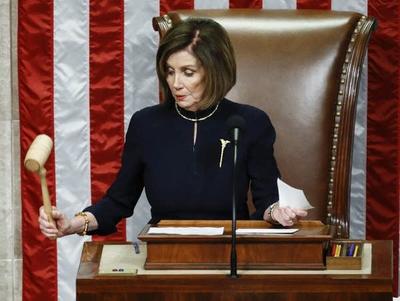 Impeachment and the World: Project Syndicate